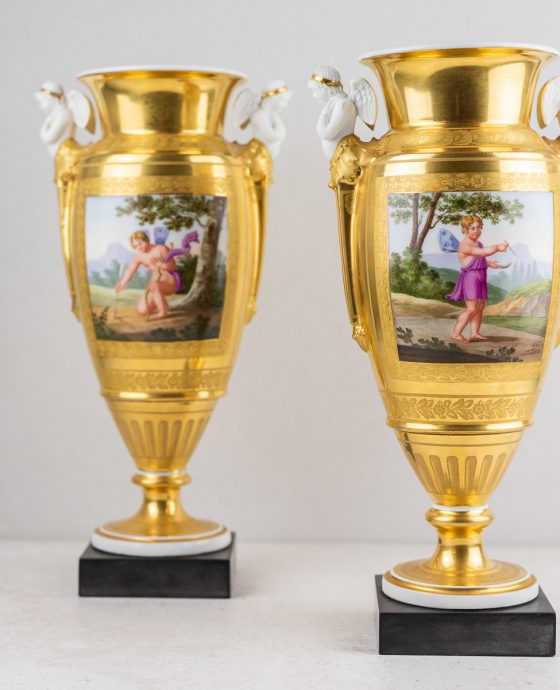 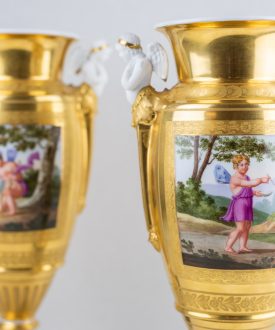 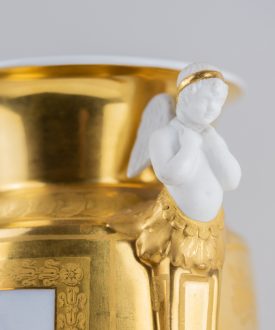 Finely decorated with panels of Cupid, the reverse with chased panels of putti on gilt ground, and the sides adorned by handles formed as demi-Cupids in biscuit porcelain and mounted on black marble bases.

Click here for more information about shipping, purchasing and other FAQs.

Book a viewing in store, or a virtual viewing, using the enquire button above

The factory operated on the Rue Amelot in Paris by Jacques Lefebvre and the attribution is based on a comparison of shape and decoration with both marked and unmarked examples so attributed. See Régine de Plinval de Guillebon, Faïence et Porcelaine de Paris XVIIIe-XIXe Siècles, Paris, 1995, pp. 328-329, no. 313 for a pair of vases on square black marble bases, and also chased with decoration and cartouches enclosing the titles of the scenes on the present example; see also p. 384, no. 371 for a tea fountain similarly decorated with similar ciselé decoration on the gold ground. 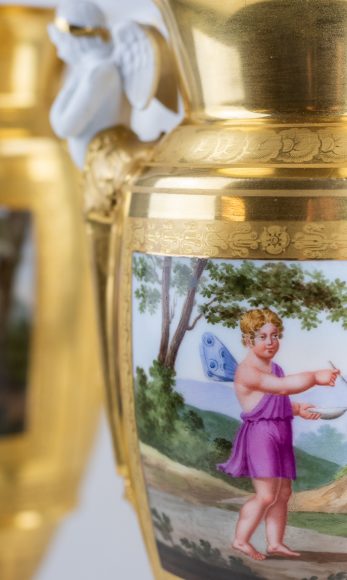 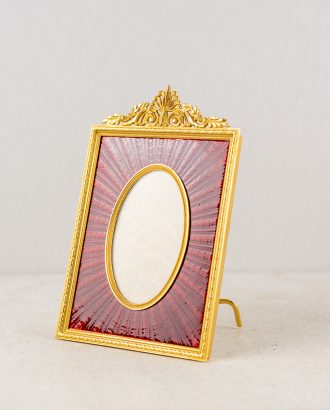 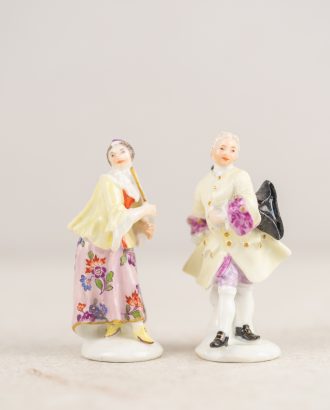